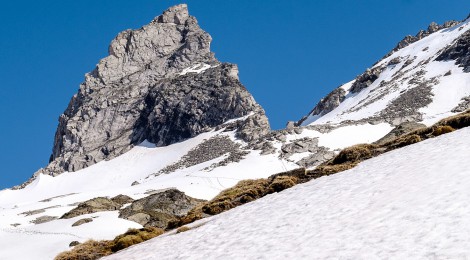 Last weekend Yu and I decided to climb the so called Zsigmondy peak (also called Feldkopf). It is a peak in the Zillertaler Alps (Tirol/Austria) that was stated to be not climbable in the 19th century. The two Zsigmondy brothers did the first accend of this peak in 1879. Due to its shape it is also called the Matterhorn of Zillertal. 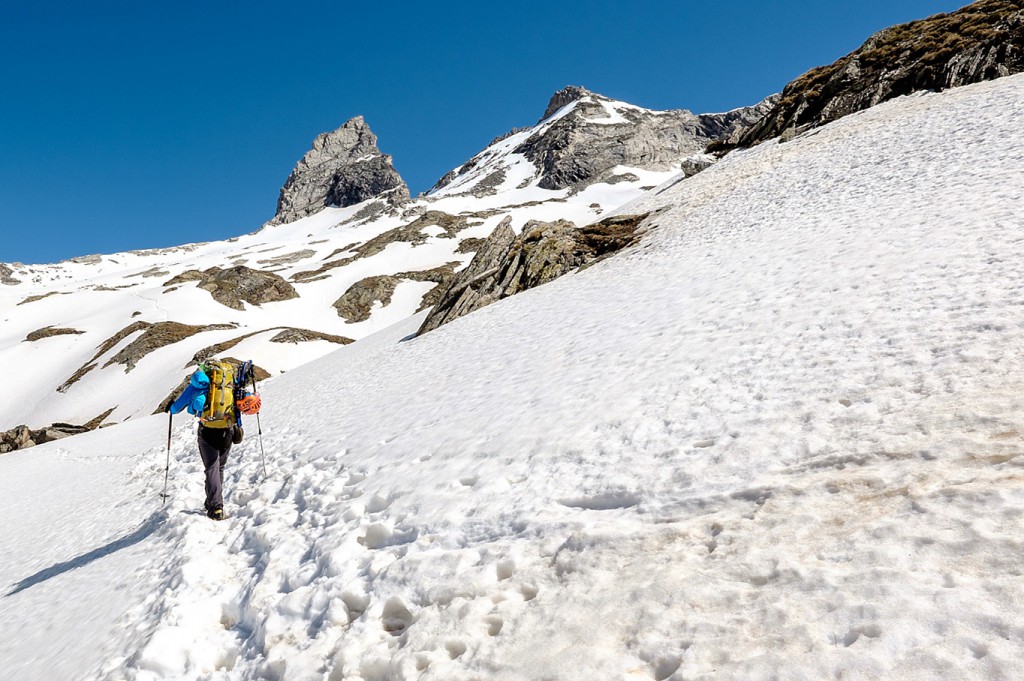 Several routes lead to the summit:

We decided to climb the Zsigmondy peak by taking the direkt line next to the normal route, the Südostgrat. This route involves difficulties up to the V grade (UIAA) with poor belays and only a few pegs. It is possible to abseil the difficult parts of the route. A few photos of our trip can be found below:

Approach to the Berliner hut