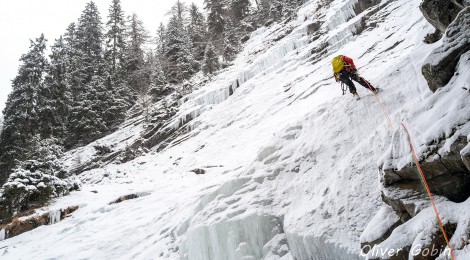 In the first week of 2015 I went to the Maltatal in Austria with Yu and one of his climbing friends Xia. Luckily in the last two weeks before the new year temperatures were cold enough in order to form some ice falls in the region. In most of the years the avalanche danger is quite high in this region and you need to carefully select the ice falls in order to be safe. This year, however, there was barely any snow and avalanches were not an issue at all.

We were able to climb two long waterfalls: the Strannerbach and the central (the second) Maralmfall. One day we only did some climbing near the tunnel at Maralm since the temperature was extremely high (up to 15 °C) and all the ice falls were basically collapsing.