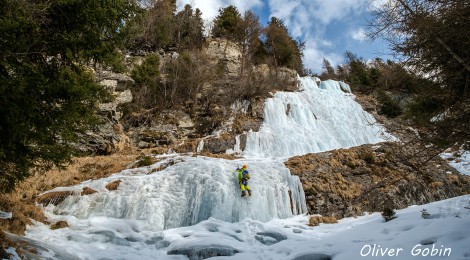 Last weekend (21.02 to 23.02.2015) we managed to climb two long ice falls in Pitztal: the Luibisbobenfall (~450 m, WI 4/4+) and the Klockelefall (~200 m, one pitch WI 4). We also climbed another ice fall near Scheibrand (apparently a fall that is not listed on Climbers Paradise), which was in rather poor conditions with a lot of water running behind the ice fall. We retreated after two pitches, since the climb started to became rather scary and it was not worth the risk.