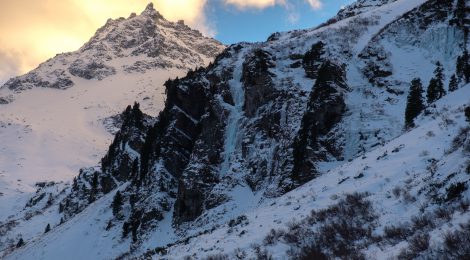 From the 29th Dezember 2018 to the first of January 2019 Jakob and I decided to start the New Year doing some decent ice climbing in Ostirol.

The first day we went to the Ice Park Osttirol near the Tauernhaus and had a fun day doing some mixed routes.

Our plan for the next days was to climb some multipitches near the Felbertauern Nordportal. Ice condition where good, unfortunately, due to heavy snowfall it was impossible to climb there, since these ice falls are highly prone to avalanches.

We changed our plans and the second day we climbed in the less frequented ice park in Heiligenblut. A great place to train for some serious climbs, especially due to the early season ice conditions.

On the New Year’s Eve we again went to the Ice Park Osttirol near the Tauernhaus and climbed some of the long and steep ice routes.